360 Trauma – How To Improve Your 360 Feedback Experience 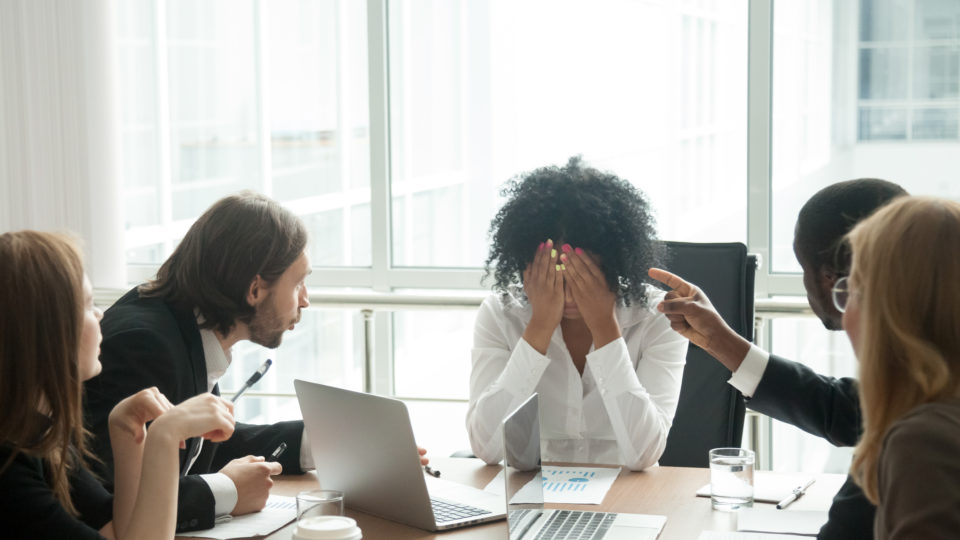 More often than not, when we’re asked to debrief 360 feedback, it is because our client is experiencing it as distressing, sobering, or difficult and it generally takes us a while to help them remember who they are and what they stand for and get them back on track being the most awesome version of themselves. Maybe this sounds familiar?

Framing the Problem:
I got this email from one of my favorite clients this week:

“I look forward to seeing you next week. I’d like to go over my 360 review. The results are somewhat sobering, and I would like to get a lot better. There were two comments that were particularly distressing.”

He is a brilliant, humble, and outstanding leader. He’s a bit of an introvert in an extroverted world. And, he’s very misunderstood. Clearly. I am grateful that I am trusted enough that I was able to help put his 360 into context for him and his boss and that it wasn’t allowed to hurt his reputation or his career.

I suppose we need to start with what a 360 is and why you might be subjected to one.

What is a 360?
According to SHRM, the Society for Human Resources Management whose mission is to create better workplaces where employees and employers thrive together, “360 Degree Feedback is a system or process in which employees receive confidential, anonymous feedback from the people who work around them. The feedback forms include questions that are measured on a rating scale and also ask raters to provide written comments”

The Purpose of a 360
The purpose of providing employees with 360 feedback is to give them safe, non-judgmental, usable, feedback for their development. A 360 is meant to be a development tool, not a performance measurement or performance management tool. It assumes that the employee and the organization have the ability and the capacity to effectively use a growth mindset versus a performance mindset. But, over 75% of the organizations we work in are strictly focused on performance and only use reviews and 360 data as a way to measure and improve performance. 360s are meant to be confidential and developmental. But, HR, your boss, your peers, and your direct reports are all involved. And, very few of those people are trained in how to give effective feedback. If your organization encouraged safe, non-retaliatory feedback that is given and received in a way that it is usable for development and translates to better performance, then you wouldn’t need a 360 tool to start with.

Selecting Your Raters
If you’re faced with a 360, we have this preliminary recommendation. Figure out whose opinion of you matters. That doesn’t get weighted at all in a traditional 360. You’re lucky if you get to choose your raters. And, most of you don’t get any sort of coaching on how to choose your raters. We recommend 6-10 quality raters:
• Your boss
I hope your boss talks to you more often than once every two years and that he/she is giving you feedback about your performance and your impact on a regular (like weekly) basis. Your boss’s 360 feedback should not be a surprise. If it is, you and your boss need to work on your relationship.
• A couple of people who think you’re awesome (even when you aren’t)
• A couple of people who have challenges or issues with you (no matter how awesome you are)
• At least one direct report that feels safe enough to give you honest feedback.
• At least one peer who isn’t threatened by your awesomeness.

One problem with most 360s is that you get your boss, all your peers, and all your direct reports. Okay, I guess that more data is better? But, it is completely out of context.

Consider the Context
What’s going on in your organization and on your team? Context matters and that also doesn’t generally get accounted for in your 360. Seek to understand your feedback in context. Some contexts to consider that could impact your 360:

• Were you hired to up level the skill on your team and hold people accountable?
• Were you promoted over one of your peers?
• Do your direct reports think you’re nice and don’t really want you to start being harder on them and making their life miserable?
• Does your boss have any idea what you do or ever see you in action?
• Did you just fire someone who needed to be fired?
• Do you need to fire someone but can’t get the permission or the support of the organization?
• Is your team tasked with something thankless or impossible?

15 Questions to Help You Navigate Your 360
Your coach should be able to help you make sense of it. Here are some questions that it might be helpful to consider when reviewing your 360:

1. What feedback is helpful?
2. How did you rate yourself compared to how others rated you? Do you see yourself the same way they see you? What accounts for the gap?
3. What strengths do you own?
4. What strengths are surprises or potentially invisible superpowers – things you do, but you think are normal, but others find notable?
5. What strengths do you want to work on owning and integrating more purposefully?
6. What feedback challenges you, but is fair and useful?
7. What feedback feels sticky, icky, political, or agenda driven?
8. What feedback isn’t at all useful?
9. What do you need to remember about yourself?
10. How do you want to be known?
11. What might you do or stop doing to help others see who you really are, what’s most important to you, and what you are really capable of?
12. What do you need to let go of?
13. Is there something that you know isn’t about you and more a projection you are receiving that you simply want to be generous about and let go of?
14. Is there something you need to forgive yourself or others for?
15. Is there something that you need to own a little more fully and give people permission to help you with when it annoys them or gets in their way?

Follow Up with Your Raters
It is also incredibly helpful to follow up with your raters after your 360. The most important part of a 360 is following up with your raters. This is a way to take the first step toward managing your reputation and having them see you differently. It is important to let people know you heard them, that you appreciate their feedback, and what you’re going to do about it.

First, say, “Thank you for the feedback” to all your raters. Notice the period at the end of this sentence. “Thank you.” It’s a complete sentence. You don’t need to say anything more than that at first. This is ideally done when they have sent in their rating, even if you haven’t seen the results.

Thank your direct reports as a group, not individually. It is helpful to share a few high-level themes and your development or action plan with them. It could be an email or a group meeting. You might say something like this: “Thank you all for your very valuable feedback. Thank you for pointing out my strengths. I sometimes overlook them. I appreciated having you point out the following strengths: 1. One, 2. Two, 3. Three. I also really appreciate your feedback and recommendations about my opportunities for development. These are the things I am working on: 1. One, 2. Two, 3. Three. I would love for you to continue to support me on this by 1. One and 2. Two.”

Often, “Thank you.” is enough for your peers, especially in highly competitive environments. It’s good to do a casual “thank you and what I’m working on” kind of thing with each of them 1:1. Don’t do anything formal like inviting them to a meeting all about you. In more trusting relationships, taking them for a coffee or a drink to thank them for helping with your 360 feedback and then casually touch on what you’re working on and how they can help.

You should schedule one on one meetings with your bosses and start with everything that you’d tell your direct reports and then add: “What additional recommendations do you have for me?” and “Is there anything else you think I should be working on at this time?”

Get Some Perspective
Finally, get some perspective. It can be a very vulnerable and confronting exercise, even under the best of circumstances. Everyone benefits from a little wallowing and then some distance. Drinking is the perfect combination of those things – especially if you can drink with someone who loves you exactly as you are and can tolerate you complaining about your 360 for a few minutes. A spa day with your BFF, a long run, a day at the beach, and other activities that offer a combination of reflection, contemplation, and distance are also great options.

Don’t Forget That You’re Awesome!
My final thoughts on you and your 360. You are exactly who you are in order to do the things that only you can do. Don’t try to become something you are not. Some people will love who you are (even when you’re at your worst) and some people will not (even when you are at your best). Don’t exhaust yourself attempting to please the haters. It is a waste of your genius. Just go be you – only better. And, if you need anyone to help you, drop us a note.