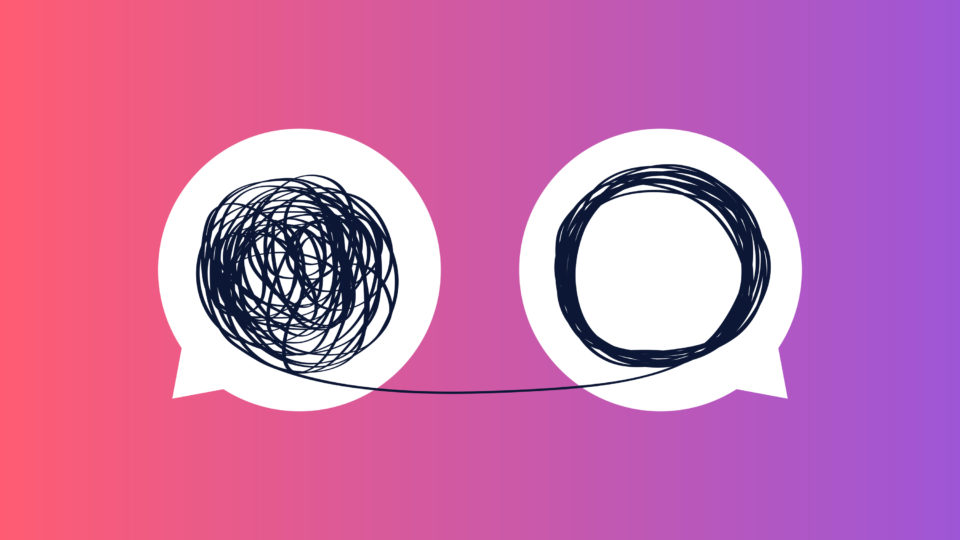 Relationships are messy.  Our clients often ask us for help having difficult or courageous conversations.  We challenge them to have transformational conversations instead.  Here are a couple of recent examples:

In every single one of these examples, we used the following framework to support our clients.

Start by getting clear about:

If you start by reminding yourself how you don’t want to make someone feel, that can often help you avoid unintended impact.  Most of us don’t want to make people feel bad, stupid, unappreciated, painted into a corner, or resentful.  Instead, we generally want people to feel appreciated, heard, understood, supported, and valued.

We often don’t know what we want to do about it. So, it is our work to figure that out before the conversation.  You don’t have to (and probably shouldn’t) have it all figured out.  But it is good to be clear about any requests you have, any questions you have, and anything you’d like to figure out together.

When you have this all figured out and you are ready to have the conversation, we recommend this framework as a guide:

It is important to start with acknowledging that everything is not a problem and that there are things that are going well.  Share what you appreciate and what you value.  Acknowledge the other person’s strengths, challenges, values, contributions,  and commitments.

Nobody seems to need any help figure this part out.  But there are some things to keep in mind:

What do you want?

Make a request, not a demand.  Ask for other ideas on how to solve your problems.  Think about values.  Try to come from a place of values in the conversation and honor both your values and the other person’s.  Give them the space to be their best selves.

But, also remember that people will violate their values to meet their needs.  If someone’s not making enough money to support himself, he may be trying to figure out how to pay his rent and get his car repaired. He might not behave according to your values or, even, his own if his basic needs aren’t met.

Is there anything else?

What didn’t get covered?  What still remains unsaid?

I hope this helps you have some of those difficult conversations!  If you need help talking through your specific situation, let us know.  One of our coaches would be happy to help.