Be there wolves among you? 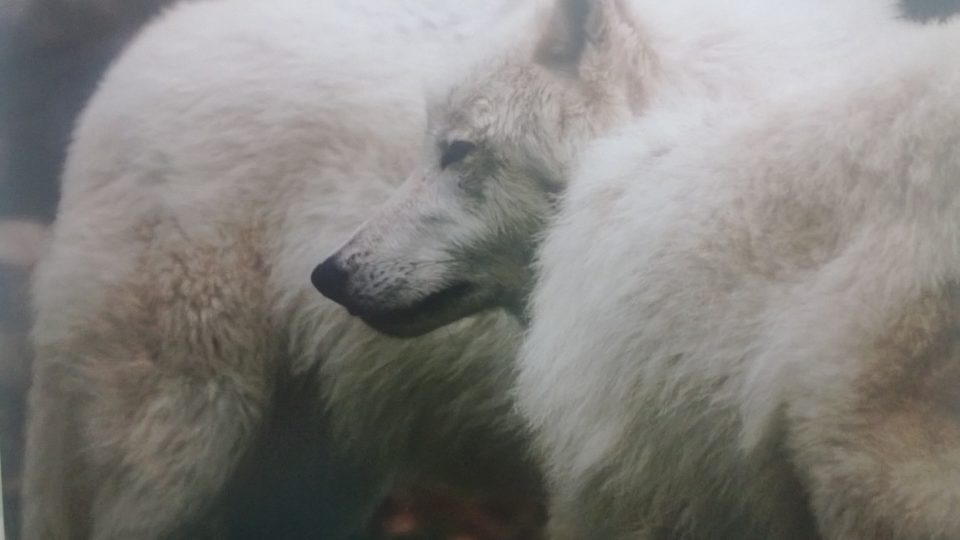 I’m a huge fan of wolves. Their presence speaks to both the wildness of our landscapes and the adaptability of the wolf. Indeed, in states like Montana, Wisconsin, and Minnesota wild wolf packs have returned to the point where there are now limited hunting seasons on them.

My passion for wolves is even part of one of my favorite career experiences. Partnering with the International Wolf Center in Ely, Minnesota, we were able to bring a pair of “ambassador” Arctic Wolves (and their handlers) to a fund-raising event for another organization. At that event, I got close enough to one of the wolves that it lightly nibbled on my ear in a subtle show of dominance. What an experience, it still sends shivers down my spine and makes me shake my head in wonder.

Fast forward to this past week and my solo camping trip to northern Wisconsin. On the first night, I heard what sounded like it could have been a group of wolves howling in the distance. They were far enough off that it was exciting (not terrifying). Several nights later, I found myself driving down a long US Forest Service road in the dark, the only car on the road, and miles from any town, village, or other people. Suddenly, the memory of the howling flashed back into my mind and I remembered that I was very alone in a place where there just might be wolves among us (me). My amygdala triggered, my hands gripped the steering wheel more tightly, and every winding and hilly curve became more treacherous because of the fear response. My speed also crawled to 20 miles per hour.

A mile or so down the road, I came to a shocked stop for large buck deer in full antler standing in the middle of the road. At that moment, everything was frightening…even a deer. All of a sudden, I began to understand the fear that so many have when it comes to wolves in the landscape.

What does this have to do with organizational culture and the question of: “Be there wolves among you?” There is a primitive fear response that lives inside of all of us. In a place like northern Wisconsin, it comes out in responses to wolves living nearby. But it also shows up in our work environments. Where, unless you’re working at the International Wolf Center in Ely, it is unlikely that there are actual wolves among you.

I’ve learned to recognize that the moments come most reliably when I am very nearly on track. In my case the wolf is the very change I’m creating, the fear is the uncertainty that happens in the moment right before the results begin coming together.

To find the primitive “wolf fear” and where it is impacting you and your team, look for it’s physical signs. In my car it was white knuckles, shortness of breath, and fear of deer. My career “wolf fear” moments can be seen in a visceral need to dig deeply into self reflection; perhaps including a solo camping trip to Northern Wisconsin. They are also marked by insomnia and increased brevity in communication. That last one might not seem like a physical response, but it’s as if more words are simply physically impossible.

In a very real example and one that’s been part of this writing this story, I often know that a blog post is going particularly well when I my heart rate quickens and I simply run out of words. The story itself gets lost in the physical reactions I’m experiencing. In those moments, having a trusted colleague in our tribe, most reliably Harte Logan, review the blog and make suggestions is one way of allowing the “wolf fear” to dissipate. Harte’s review helps me find the words again and allows me get back to the story.

What are the signs in your work?

Once you’ve identified the signs, what can you do about it? Dave Logan talked about this in one of our Tribal Rainmakers calls. It starts with a deep breath to break the amygdala response. Then, take a deeper look.

Ask yourself, is there really anything to fear? Once you identify that there actually isn’t a wolf in the room with you that is ready to do more than nibble your ear, you can better get to untangling the impact of the “wolf fear.” If you can find the fear that has you – and perhaps your team – stopped in your tracks, take a deep breath, see it for what it is, and get back to the creative, strategic, effective work ahead of you.

If you don’t, the collective “wolf fear” within an organization can damage teams, destroy projects, and even kill organizations. Learning to breathe through the fear together builds teams, strengthens organizations, and creates opportunities for greater success.

Like the real and imagined wolves roaming my northern Wisconsin journey last week, the “wolf fear” is neither good nor bad. It is a sign of something to pay attention to, something to adjust, and maybe even something that is quite nearly perfectly on track.

If all else fails, remember as Franklin D. Roosevelt almost said in his inaugural address, the only thing we have to fear is “wolf fear” itself.