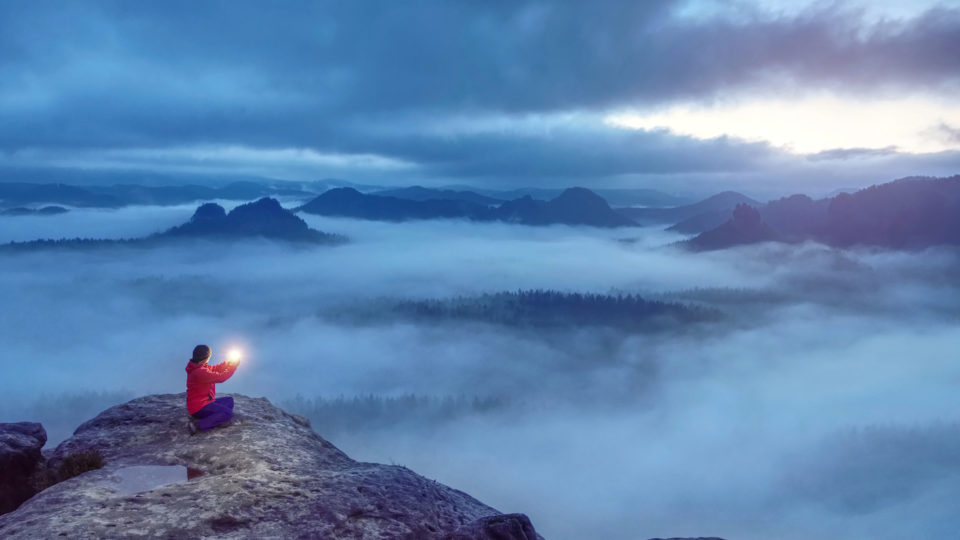 Carrie Kish (our CEO) and I were working with a group of front-line employees as part of a culture upgrade program in support of a corporate reorganization. The client has a long history of working in a functional hierarchy with strong silos and a top-down micro-management approach, often by people who were not properly trained or prepared to go from strong individual contributors to people managers. These were the battlefield promotions during a time of rapid growth. They were thrown in and everyone hoped for the best. The new managers were MacGyvers – people who got things done, often using the organizational equivalent of duct tape and twine (e.g., work-arounds, offline processes, relationships) and they were remarkably successful in the growth era.

Now growth has plateaued. The inconsistent processes, silos, and battlefield mentality persist, even though systems and processes have been deliberately upgraded. Also upgraded are the frontline employees. They have so much talent, education, experience and capability in their front lines, that they often they outpace their incumbent managers.

Our culture upgrade program involves working with the executives 1:1 to build their leadership skills; with managers to engage and trust their teams, and with front-line staff to encourage problem-solving and silo-busting.

“We have hope. Rebellions are built on hope!”

At the end of one of our full-day sessions with the front-line staff, we like to wrap with a one-word close. This is where each person in the room says one word that summarizes or captures their thoughts or feelings about the day. We tend to hear: excited, empowered, engaged, challenging, informative, etc. One person, the first of many, said “Hopeful.”

Cue the John William’s soundtrack and the scrolling yellow text. Yes, I had just seen Rogue One: A Star Wars Story the weekend before. That got me thinking that we are helping executives run a rebellion in their organizations – one that has the support of leaders – and wants to see people on the front lines solve more problems, provide better service, eliminate waste and frustration, and do it now!

The work we do in culture upgrades builds a lot on Dave Logan’s Tribal Leadership where we focus on Stages and up-leveling. We note in our sessions that in small groups, individuals dominate. For example, in a team meeting of 8 people or less, if someone comes in late, we stop what we are doing, welcome them, catch them up on what they missed. The individual has a larger impact overall. Whereas in larger groups, culture is dominant. If someone comes in late to a group of 20 or 30 or 100, that individual would slide into an open seat, and the meeting would continue. The culture of the room is dominant over the individual.

As you get into work teams and tribes, the cultures that dominate are slow to change. As new people enter a team, they are welcomed with a culture much older, and more ingrained than the newbies. That is one way that larger groups can resist the enthusiasm of the newcomer, even if the newcomer is organizationally above the group.

“We’ll take the next chance, and the next, until we win, or the chances are spent.”

A big theme in the training is moving from one stage to a higher one. From Stage 2 to Stage 3, we talk about moving from complaining to taking action, and reaching out to people and building their confidence based on the skills and strengths they already have. From Stage 3 to Stage 4, we talk about values and making decisions based on those values; and looking for triads – groups of 3-5 working together for a common goal with each person ‘having the back’ of the other two.

The conversion of complaining to taking action does not happen on its own. There is a good set of research showing that people need to feel safe to take risks. Doing something new, e.g., moving from complaining about how systems or processes are broken to taking action to fix it takes a combination of caring enough to make it happen, feeling safe enough (or outraged enough) to take a risk, and a sense that something will change.

When we set the stage for that combination of safety, outrage, and caring enough to do something about it to exist, alchemy happens. Lead can turn into gold. Often this requires the executives to overtly set the direction, managers to create the safety and confidence that things can change, and employees knowing that they have the support of those above them to take action, and to be supportive even when they stumble. That’s when the employees band together to take meaningful action, and provide the final piece of the map (yep, just switched Star Wars movies on you. The Force is strong with you if you were able to keep track) and create their own path to better.

Most managers and executives don’t want to be part of the evil Empire. They simply want to protect their teams, to make sure they don’t waste their time, to focus on the things that are most urgently needed, and deliver for you customers and partners immediate needs.

The challenge is that ‘how we’ve done things around here’ is simply not sustainable. Incremental improvements, carefully staged, overly planned, and with all the risks removed are often a combination of too slow to come, too small to move the needle, and/or too much of a compromise to be meaningful.

A New Hope is about a rebellion. A bottom-up, inside-out, battle against the forces that seek to keep the masses oppressed. To stage a rebellion, we need rebels. Motivated, thoughtful, mission-driven, individuals banding together to be a little reckless and aggressive in changing organizations from the inside. To help them, managers and executives can help provide air cover, just like Admiral Raddus. Occasionally, they can even be Galen Erso leading ways for the rebels to score major wins, change the tide of the balance of power, and bring hope to the entire organization. And as we learned about hope: Rebellions are built on hope!

Please share your experiences with hope and rebellion in the comments below.