Moving From Outrage to Real Change 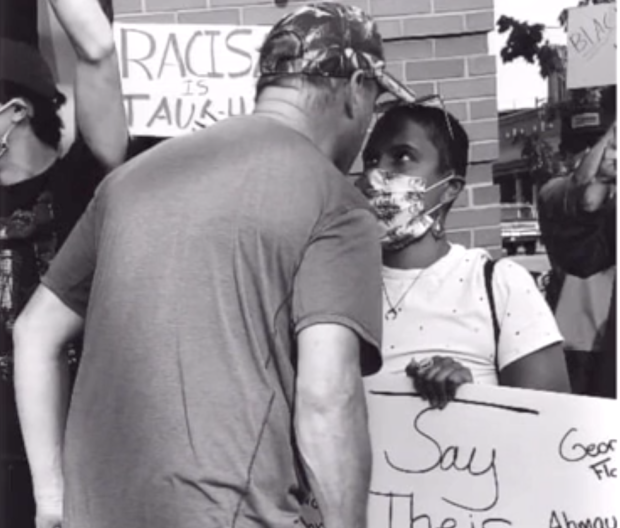 Welcome to the movement. Many have been here before, and many, many more are here now, aware and active. It is wonderful to have so many involved now who demand change, and who now see the problem as their problem. What we all need to remember is that this is going to take far more than a protest to make real change happen. Let’s prepare ourselves and our new allies (and those who are not yet) for the road ahead. It will take persistence and absolute intolerance of a partial victory.

The last week in May saw the event that sparked outrage–George Floyd’s murder. That outrage sparked protests that reignited a movement. That movement has now sparked, for this generation, a change in how we see ourselves, our communities, and our country. That awareness has given rise to an initial set of massive reactions. The challenge is how to create the real change we are going after, and avoid the pitfalls of prior efforts in the 1960s and 1990s. How do we make sure our kids are not here, again, trying to make sense of this, again, and explaining to their kids why things are no different, again, in ten or twenty years?

I am privileged on many levels and fronts. I cannot comment legitimately or credibly about what it feels like to be a person of color– any color–despite living in a house with my wife and my children who can. One of the many things my privilege has afforded me is the ability to study, practice, and teach leadership and change for 30 years. While I don’t know the experience of racism, I do know what it will take to change culture on both small and large scale. My hope is that this contributes to collective and coordinated actions that will lead to real cultural, systemic, sustainable change, and the creation of the new normal aspired to, discussed, promised, and then denied for generations in America.

The movement we are witnessing is powerful. Advocates my age say, “It just feels different this time.” It needs to be persistent, relentless, and unapologetic. We are energized, and we are facing hundreds of years of overt and covert, unconscious and conscious, decisions, policies, rules, laws, protections, and precedents that have created an interlocking, overlapping, reinforcing and self-sustaining system of inequality. This is what we are up against. It will not fall easily. It will bend, and then refuse to break, and try to snap back into position – unless we keep going at it again and again and again.

What concerns me right now is whether the young people, of all races and backgrounds who have taken up this fight as their own, have the stamina, focus, and determination to stay with the fight long enough, and not get distracted or placated with easy symbolic wins. The determining factor as to whether this moment will be different is whether they will tolerate the “this too shall pass” attitude that has served the powerful few for a very long time. Because, if history is an indicator, this will be the strategy they employ to diffuse, distract, and then dismiss this effort yet again. So, if you are in, let’s go.

While the ingredients are listed above, below is the recipe for creating the cultural change we are looking for. It is not a flash-in-the-pan approach. That approach lights up on the outside, but leaves the core cold. This is a sear-then-slow cook approach. One that captures the flash, and that makes sure we bring heat to the core.

Our institutions–government, healthcare, banking, corporations, and media–are not known for their abilities to change quickly. That is why we cannot stop at the first “no.” The “first no” is the reflex of almost any institution to almost any change. It is the first invitation to find a way to overcome it. Starting at the top is easiest. Get access to (or better yet, be in) that group, and you can move faster than trying to push the people from the bottom up. Any way you go about overcoming the barriers, just know, institutions are set up to inherently have barriers to change.

“At first, you work hard to change the people. If that doesn’t work, then you change the people.” This is where voting is critical. We are seeing the importance of local leadership including city councils, mayors, police chiefs, governors, public health officials, producers, and casting agents in response to Black Lives Matter and in Coronavirus response. This is also true for legislative change. So much of that happens at the local levels. Who is leading locally matters. Vote. Spend your money with purpose. Empower people who take a stand for change by supporting them, their products, their services, and their efforts. Remove the ones who don’t. Election after election, purchase after purchase.

We want to seize this moment to make things happen. We also want to realize that the types of changes we are looking for are not quick, easy, or without resistance. Racism doesn’t go away, it just gets quiet. It has taken 400 years to get us to where we are. The apparatus, infrastructure, policies, practices, and prejudices will not fall quickly, easily, or without resistance. It is up to us, this time, to make sure we do the hard work, the sustained work, the detailed work, to course-correct the systems, protections, and institutionalized biases that have persisted for generations.

We have momentum. We have the spark of absolute intolerance for how things are. We have the urgency of the many to move quickly. We have so much momentum right now. Things are different this time. Neutral is no longer OK. Let’s keep the pressure on, keep the cameras rolling, keep overcoming the backlash, keep working on all the vestiges of the old thinking that no longer serve us.

There are so many more good people in our country. It is the invisible infrastructure, policies, algorithmic proxies (e.g., zipcode vs. race used in loan decisions), fears, and stereotypes that we are going after. It will take a lot of good people doing a lot of good work, in a lot of important fields to make this all happen as quickly as we can make it.

Now that you know what to expect. Let’s keep after it.