An Experiment in Virtual Team Building 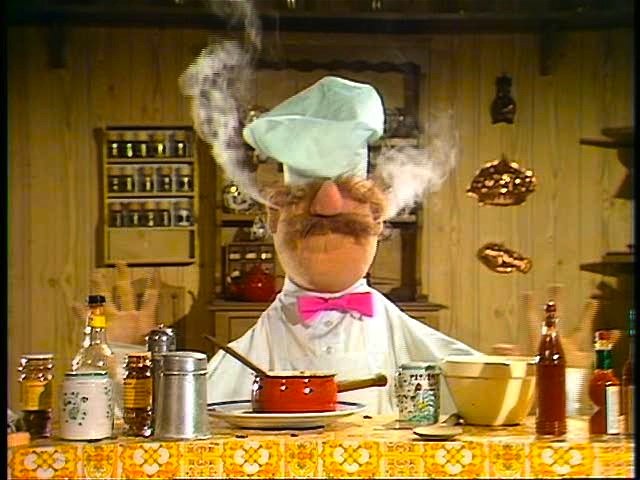 I had what I thought was a really good, fun idea.  I organized a virtual cooking class for the CultureSync team.  I had multiple agendas—mostly driven by our values.  As with any good team building activity, way more happened than I expected or planned for.

I hired a chef from one of my favorite cooking schools to teach a virtual cooking class for our team.  They put together a wonderful menu called “Chinese Takeout.”  We were going to make wonton soup, shrimp fried rice, and almond cookies.  The very first thing I had to do was ask for substitutions for some of the ingredients to make the menu more inclusive for our team.  One of our team members is mostly vegan and totally vegetarian and doesn’t eat pork.  Two of our team members are Jewish and may or may not eat pork or shrimp.  And, one of our team members is allergic to shrimp.  No problem.  Chicken, tofu, and vegetable options were added to our menu.

My team had varying levels of enthusiasm for the idea.  Several of us are recreational chefs.  Harte describes cooking as her “happy place.”  Carolina makes Instagram and wedding worthy cakes and pastries as a hobby.  Jack chooses an international theme and will cook only from that culture for a month at a time.  But Jack has never baked cookies before and was stressed out about that.  Lindsay doesn’t cook or know her way around a kitchen but is always up for a new adventure.  I wasn’t really sure what Ken thought.  I think it was on the order of “if you don’t have something nice to say, don’t say anything at all.”  But he typically approaches any shopping opportunity with passion.

I sent the shopping list with the invitation to the team.  I didn’t know that we were also going on a scavenger hunt.  As it turns out, not a single one of us could find all the ingredients we needed in our regular grocery store, including Jack who lives in Monterey Park which is known for being the city with the highest majority of Chinese Americans in the United States.  It took us an average of 2-3 stores to find everything we needed for our cooking class.  And, not a single one of us had every piece of recommended equipment for the class.  Most of us have a stand mixer, but not all of us.  A couple of us have parchment paper.  Only Jack has a wok.  I think I am the only one who has a spider.  The pre-class debrief was incredibly valuable.  I asked the team:  What was your experience getting all the ingredients and prepping for class?  That took us an hour to discuss.  Some of the highlights:

We paused our pre-class debrief to go to the actual class.  We all donned our aprons and moved our computers into our kitchens.  Chef Rose introduced herself and did a quick round of introductions with us, then proceeded to cook like a pro for the next two hours.  We frantically followed and had experiences ranging from the Muppet’s Swedish Chef to I Love Lucy at the chocolate factory.

It was truly chaotic.  I have never made such a huge mess in my kitchen—including when making Thanksgiving dinner for 30 people or hosting a side by side Beef Wellington competition between two of my sons on New Year’s Eve.

Jack was a nervous wreck until the cookies were successfully out of the oven.  Then he was in his zone as the wok master.   Lindsay read the instructions and recipes three times each and diligently prepped in advance and did great.  Harte gave up on following the chef and just followed the recipes.  Carolina’s highlight was giving up on the artistically arranged almond cookies and just throwing balls of almond dough on a sheet pan every 15 minutes for two hours while trying to keep up with the rest of the class.  Harte had her two daughters providing unsolicited feedback on the soup, helping her wrap wontons, and asking, “Is it done yet?” every 15 minutes.  Ken prepped everything in advance and was not excited about our class but kept up and was doing great until one of his daughter’s called from drive through high school registration needing his immediate assistance.  He managed to finish his almond cookies but had to leave halfway through wontons.  And, my computer crashed while we were assembling our soup, which put me about 10 minutes behind for the rest of class.

We were completely relieved when our class was over, and Chef Rose said goodbye.  We ate lunch and did as much damage control as we could in our kitchens and regrouped for a debrief.  We all agreed that cooking classes at a cooking school where they do all the prep and all the dishes is a much more luxurious and fun experience.  Preparation matters and having a support team makes things much nicer.  Our food was varying degrees of delicious.  It turns out the quality of your ingredients matters and not all stock is equally yummy.  I make my own stock and it varies wildly, but the batch I used for our soup was especially good.  None of our cookies looked as much like almond cookies as they did like small to large scones.  We had deep philosophical discussions about parchment paper, stand mixers, spiders, tofu, mirin, and black bean paste.  We all agreed that the pace was entirely too fast.  We thought that there was way too much content for the amount of time we had.  We are very often guilty of this as trainers and facilitators.  We realized that we all lacked specific equipment, knowledge, expertise, and experience to keep the pace of our leader.  We see that on teams all the time.  Leaders need to pace their teams, especially when they don’t have the resources or skill to keep up.  We got to the end of class and had two of the hard to find ingredients unopened and untouched.  The chef said, “Oh, those are optional. You could add the bean paste somewhere? (I missed it) and the sambal oelek can be added to the soup for extra heat.”  Several heads exploded over that.  We really, really would have appreciated knowing that those were extra credit ingredients on the grocery scavenger hunt.  We also realized we sometimes do some version of this when we’re teaching.  We might assign a case study that we don’t have time to debrief or discuss and we just move past it as if it’s no big deal.  It might have been a very big deal for someone to make time to read that case study.  We need to be more conscientious about making sure all the pre-work we ask participants to do will be relevant and useful in class.  At the end of the day, we all had some version of some good to delicious food to eat and share with our families and a complete and total disaster in our kitchens.  So, we got the desired outcome, but there were some huge messes to clean up.  We also see this on teams all the time.

It was a good time and we now have a shared experience that anchors our team in the time of Covid.  I think they’re not all looking forward to the next random team building surprise and some of them (Ken especially) are planning their revenge.